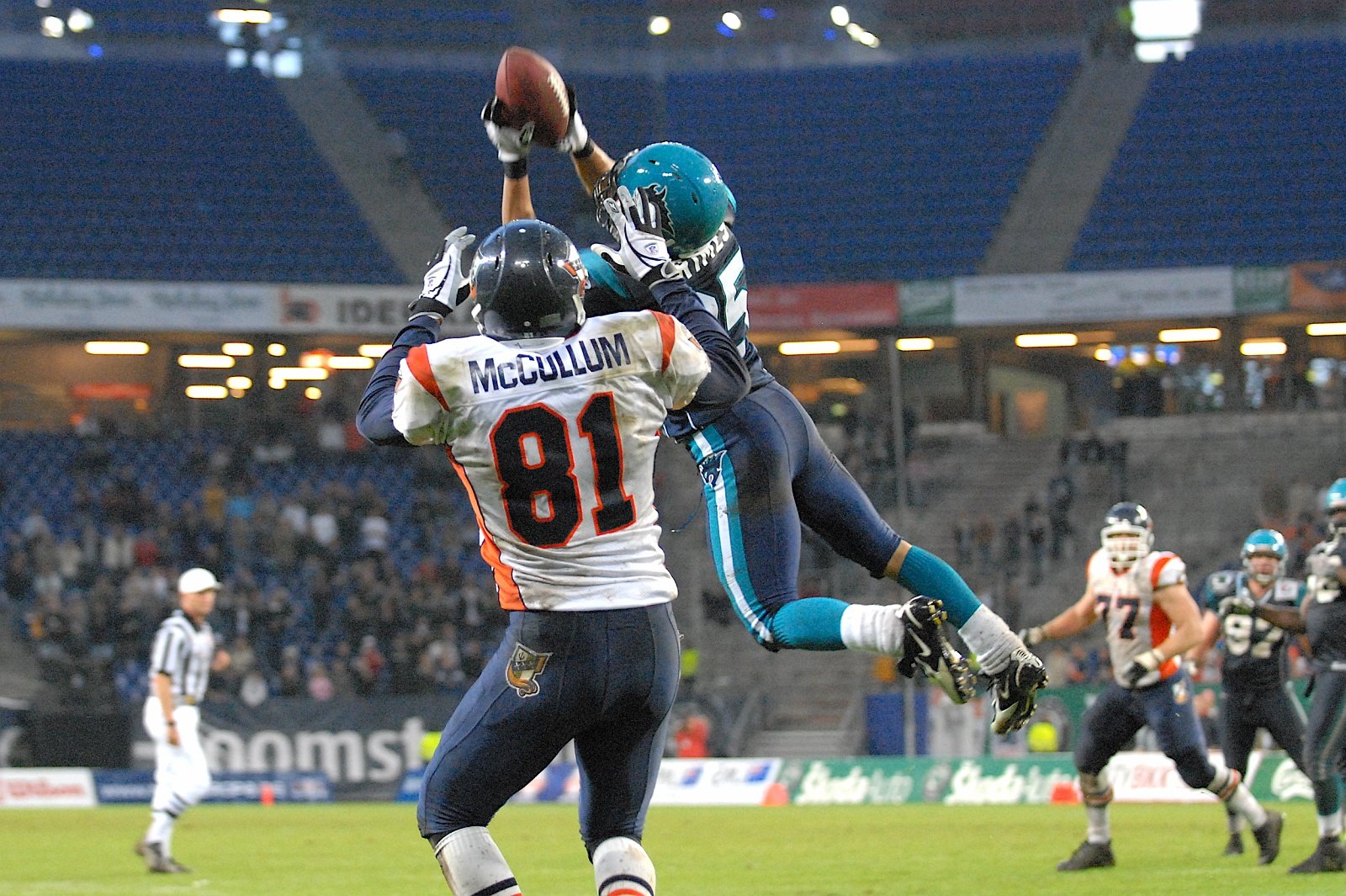 Have you ever needed to change something in an HTTP request? Like, add a new header to control cookies, change the body of a request or simply produce logs to help you on debugging….Those are examples of how OkHttp Interceptors can become your best buddy and help you.

Interceptors are a great choice to monitor, rewrite and retry calls. It’s basically an entity that gets triggered every time the application makes an HTTP request. It is very useful when you need to add behavior to an HTTP request before it gets completed, such as adding an additional control header or even to redirect the original resource location to a completely different new one.

The image below shows how simple is the logic behind an Interceptor, while a client makes an HTTP request to a specific server or API.

There’s no better way to explain how to create an OkHttp Interceptor than building an example. In order to do that, I decided to create a public project with a very simple Android application, where we will intercept an HTTP request and redirect it to a different resource.

For this example project (it can be cloned here), I decided to create a simple UI that will load an image cover of a movie when you press the “Go” button. Pretty obvious that I’m a fan of the seventh art, right?

The following image presents the result of the UI when triggered without and with the interceptor. 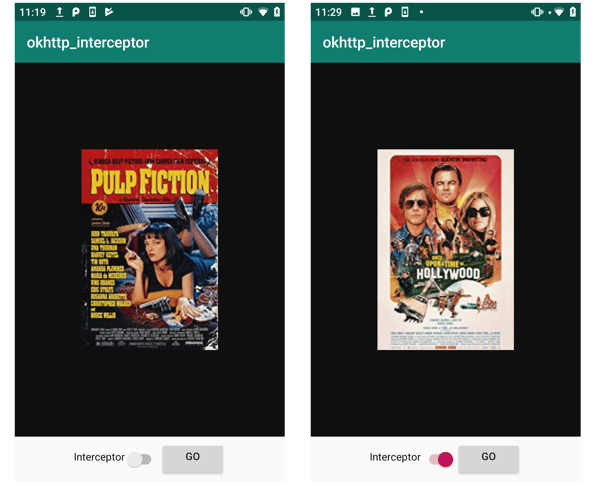 Under the hood (and I will explain further the details), the same URL is being loaded on the UI. However, once I enable the interceptor, the URL will be replaced for a new one, giving an HTTP response different for the same Request.

In a nutshell, OkHttp provides two kinds of Interceptors, application interceptors, and network interceptors. The image below illustrates how these interact with the OkHttp core. 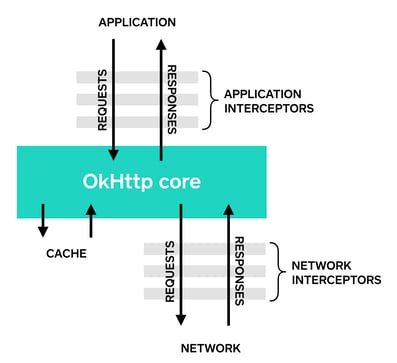 I will not go into the details of how it works, I’d rather point you their documentation which is very good and full of examples in the “Recipes” section.

For our application, I will create an application interceptor once we want to intercept the Request and change the endpoint URL. To do that, I need to implement the interface Interceptor available on the OkHttp library.

As I explained before, interceptors are a mechanism that can rewrite Http, calls among other things. Here’s our simple Interceptor implementation:

Implementing the Interceptor means that we will define the behavior of our Interceptor. We can do it by overwriting the public Response intercept(Chain chain) throws IOException; method.

In our application example, we don’t need to change the Response, but if we want to (let’s say change the body of the Response) it would be as easy as change the following few lines of code:

Adding the Interceptor to the OkHttp client

An important step in intercepting requests is that OkHttp client must kind of “subscribe” an Interceptor implementation. This will inform the OkHttp engine that one or several Interceptors must be called.

In our case, we need the engine to call our public Response intercept(Chain chain) throws IOException; method implementation. So, to subscribe to our Interceptor implementation we create an OkHttp client like this:

Now, the only thing missing is the Request, that thankfully is made with OkHttp (which, in case you have missed it, we dissected here). So, let's grab our image resource and call the Request:

As you can see we start by defining a Request with a specific URL. You also might have noticed that I added a .cacheControl(CacheControl.FORCE_NETWORK) to the Request. We need this to specifically force OkHttp to perform a network call, preventing the default behavior from consulting the local cache for the named resource. After that, the Response will be delivered by the OkHttp client execute() call, printing the response code to the console.

And... that's it! This is how you can easily build and Http Interceptor using the OkHttp library. 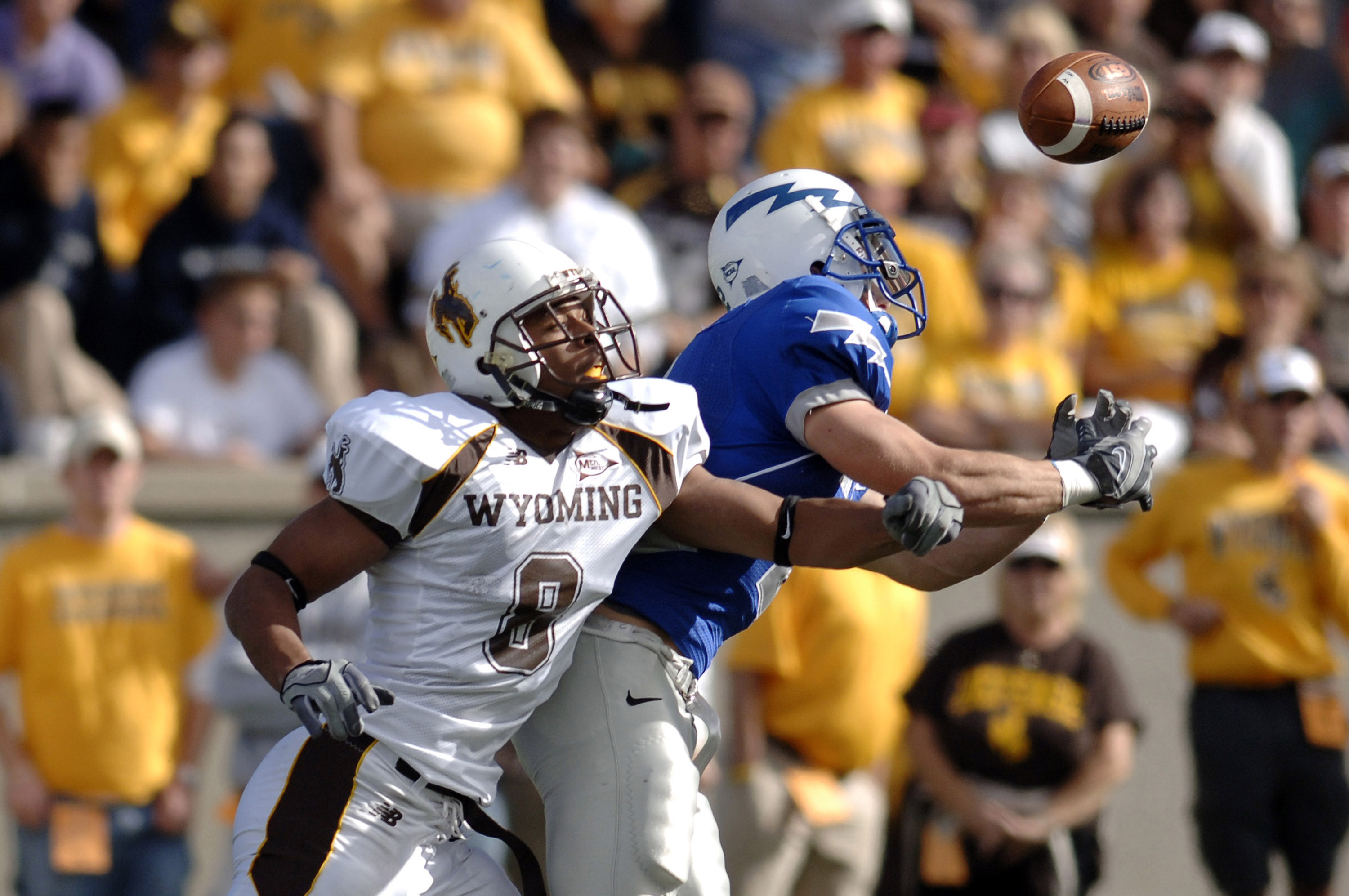 How to build an HTTP interceptor for an iOS app 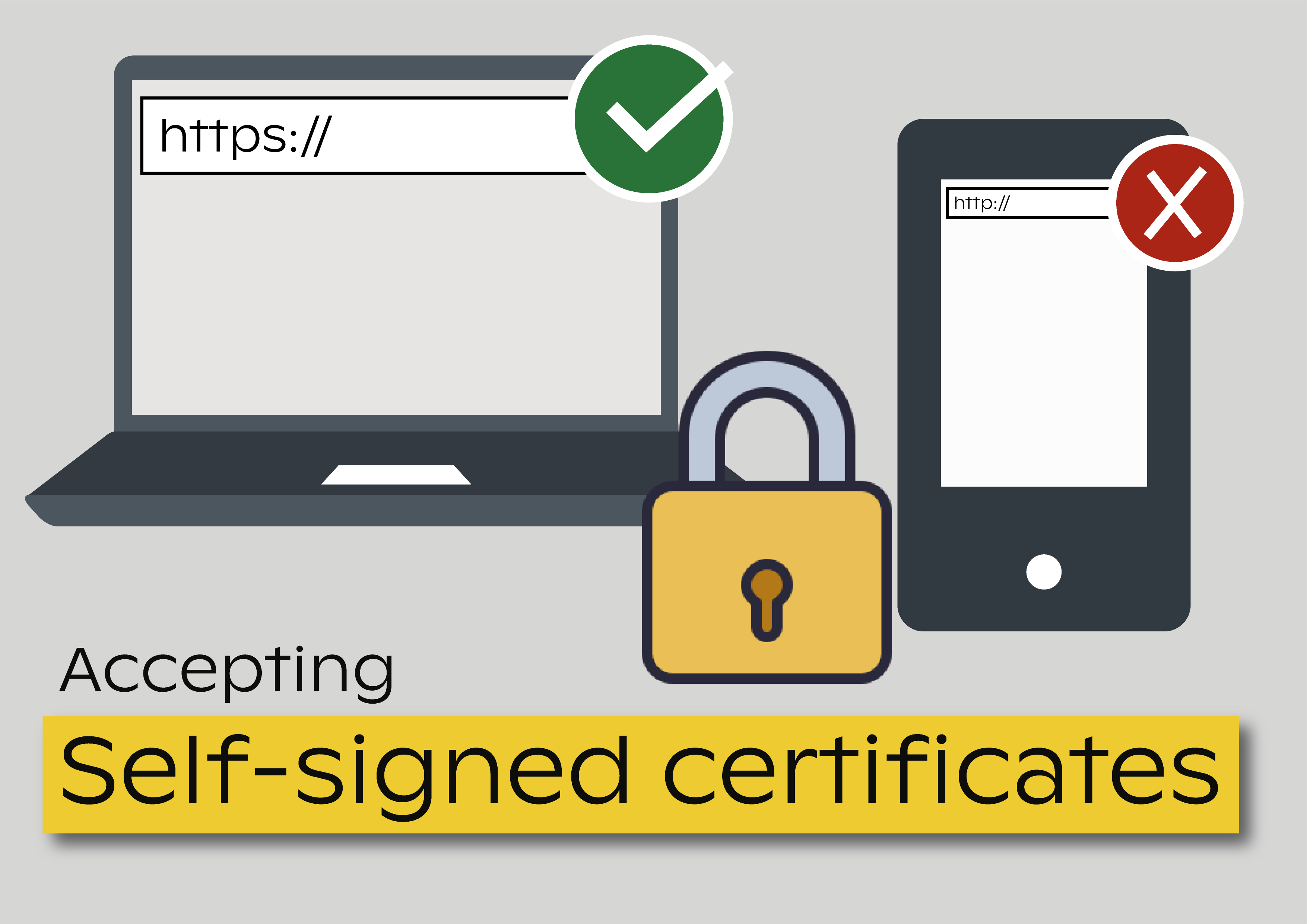